4 Things to Know About Mass Timber

Fire resistance, structural integrity and environmental attributes make new tall wood buildings among the most innovative structures in the world. 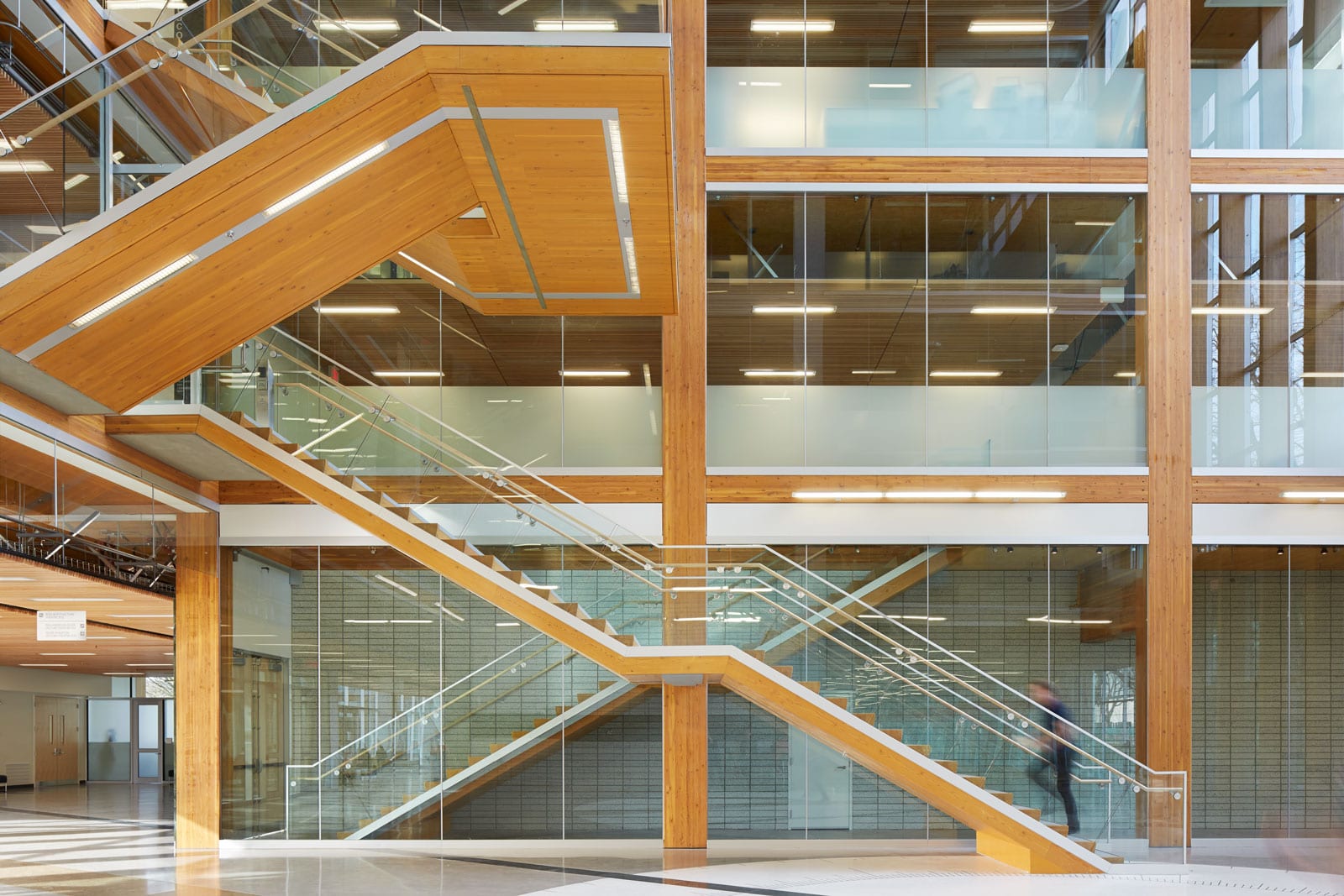 Here are 4 things the Mass Timber Code Coalition wants you to know about Mass Timber:

During a fire resistance test of a 5-ply cross-laminated timber (CLT) panel wall, the panel was subjected to temperatures exceeding 1,800 Fahrenheit and lasted 3 hours and 6 minutes, far more than the two-hour rating that building codes require.

During fires, exposed mass timber chars on the outside, which forms an insulating layer protecting interior wood from damage. Additionally, when the code requires mass timber to be protected with gypsum wall board, the mass timber can achieve nearly damage-free performance during a contents-fire burnout event.

Replacing steel with mass timber would reduce carbon dioxide emissions by between 15% and 20%.

By some estimates, the near-term use of CLT and other emerging wood technologies in buildings 7-15 stories could have the same emissions control effect as taking more than 2 million cars off the road for one year.

The fire tests confirmed that mass timber structures meet and generally exceed the fire resistance requirements in the current code. Studies have shown that building with wood produces fewer greenhouse gas emissions than building with other materials.

Choose the right material for a sustainable, safe and resilient project. Mass timber buildings can be 25% faster to construct than concrete buildings.

Since mass timber panels are prefabricated and then assembled on site, buildings made from mass timber have much shorter project timelines and safer construction sites.

Want to know more than 4 things about Mass Timber?

Here are some resources to help you dive deeper: