More than ever, developers are turning to multi-story design to meet the increasing demand for larger, denser, more innovative residential and mixed-use spaces. At the same time, these projects are often complex undertakings requiring modifications and tweaks to gain stakeholder and city support. Wood-frame multi-story construction offers the flexibility, affordability and speed to meet these diverse and shifting demands. 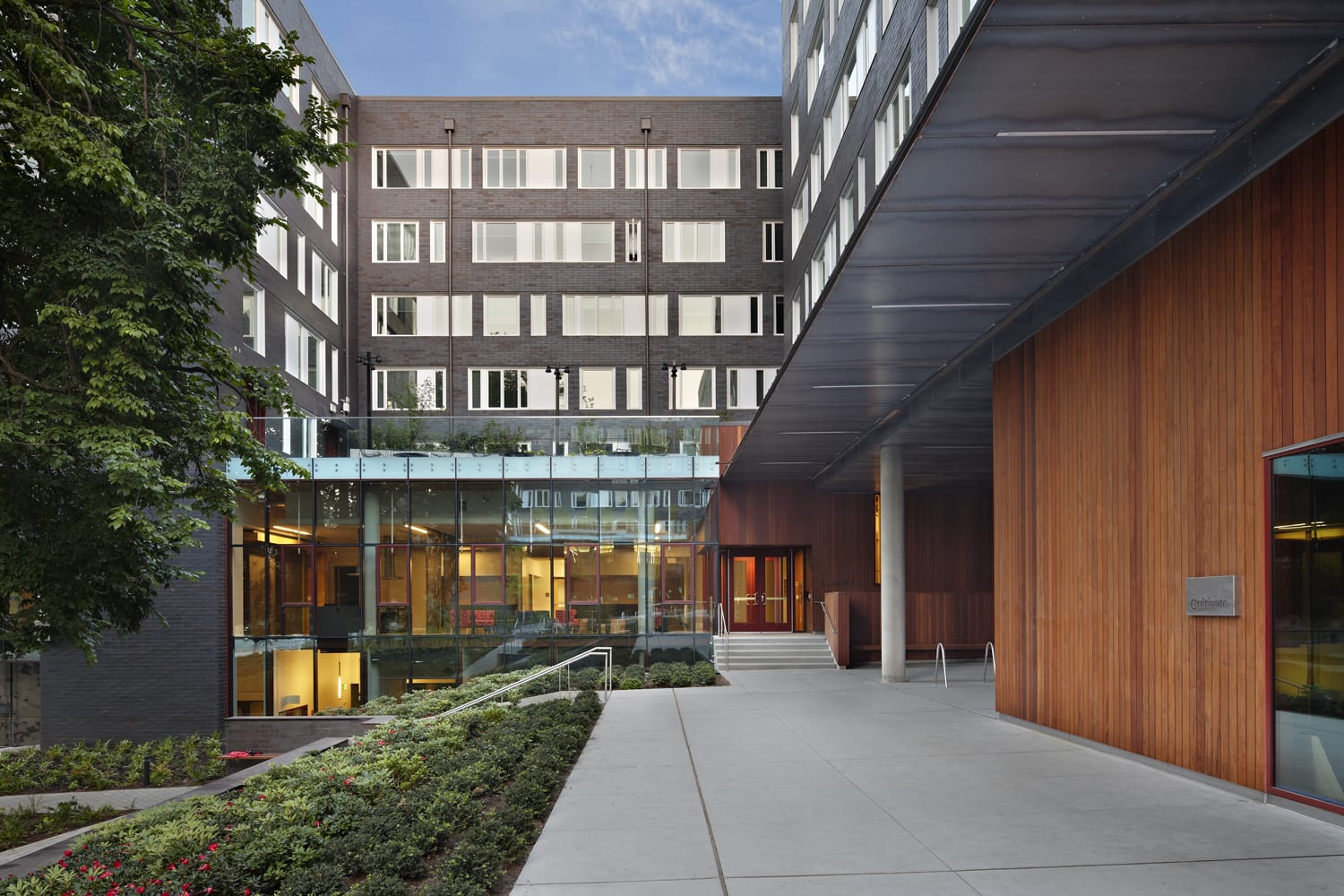 Cost was the main reason wood was used for this student housing project at the University of North Carolina. The project team compared a wood-frame system to an alternative system using metal studs, cold-form metal framing and long-span concrete deck. “We assumed that wood framing would be a little less expensive, but actually found it gave us significant cost advantages,” said the structural engineer. “We saved $15 per square foot—which, for a 385,000-square-foot project, is a lot of savings.”

This 82,000 square-foot includes four stories of wood-frame apartments over a two-level concrete podium and above-grade parking garage. The project architects, Gensler chose wood in part due to its quick installation—a panelized wall system allowed each level of the building to be framed in about a week and the entire project in less than a month. Its podium design accommodates an outdoor pool and terrace. This represented significant savings and putting the estimated cost of construction at $125/sf.

Check out MOTO along with other projects in WoodWorks Project Gallery

This 109,600 square-foot student housing project includes five stories of wood-frame construction over a concrete podium. (Not shown, the podium is akin to a ‘daylighted basement’ at the rear.) The use of wood helped the design team achieve a budget of $128/sf while ensuring a modern design aesthetic. The team also underwent an Alternate Materials and Methods Review with the City of Eugene to allow wood wrapped in fire retardant gypsum board for exterior walls.

To make the most of the urban location, five mixed-use buildings were each designed with five stories of light-frame Type V-A wood construction over a two-story Type I-A concrete podium. This two-story podium configuration, which is allowed in the 2015 IBC, allowed the team to meet both ambitious design goals and a limited budget. The project was constructed for $177/sf.

Do you want to read firsthand the results of the five full-scale real-life tests conducted at USDA Forest Products Lab? This report provides details on how each experiment was set up, how the experiments were conducted, the instrumentation used to collect the data, along with the full data for each test. Looking for the Coles Notes? Skip to page 49 for a brief summary of the results.

Further your knowledge with CEUs
Back to top