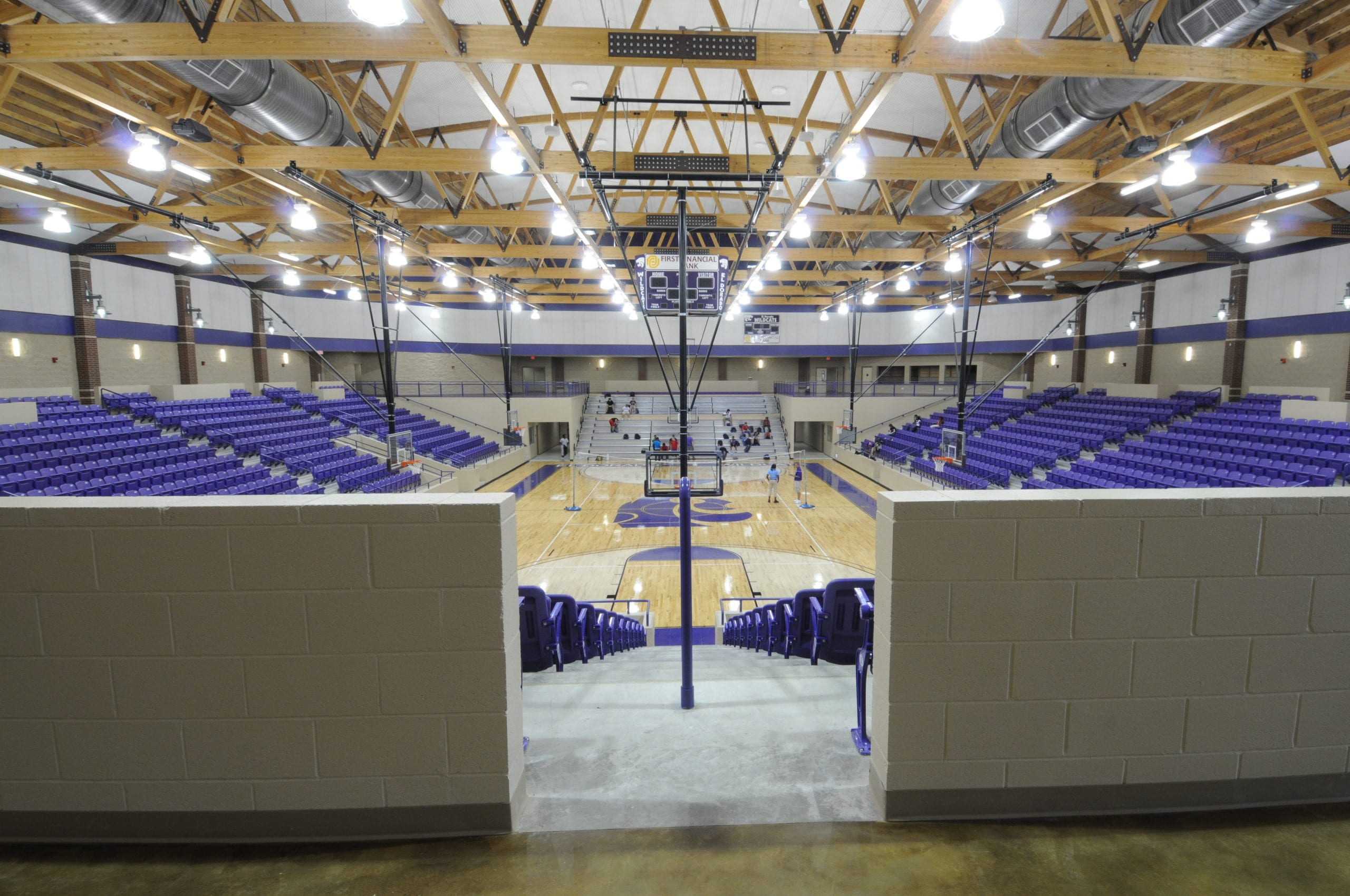 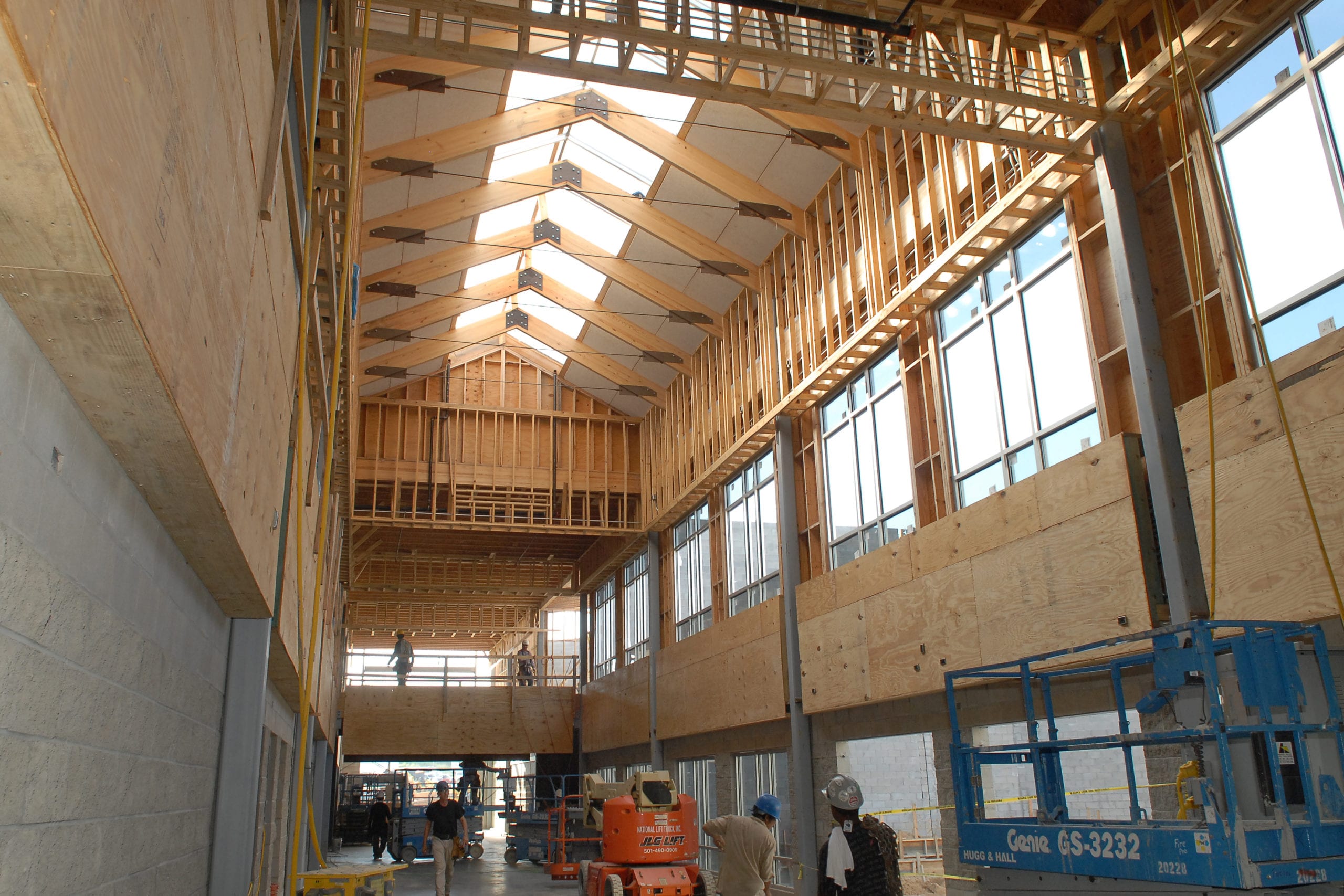 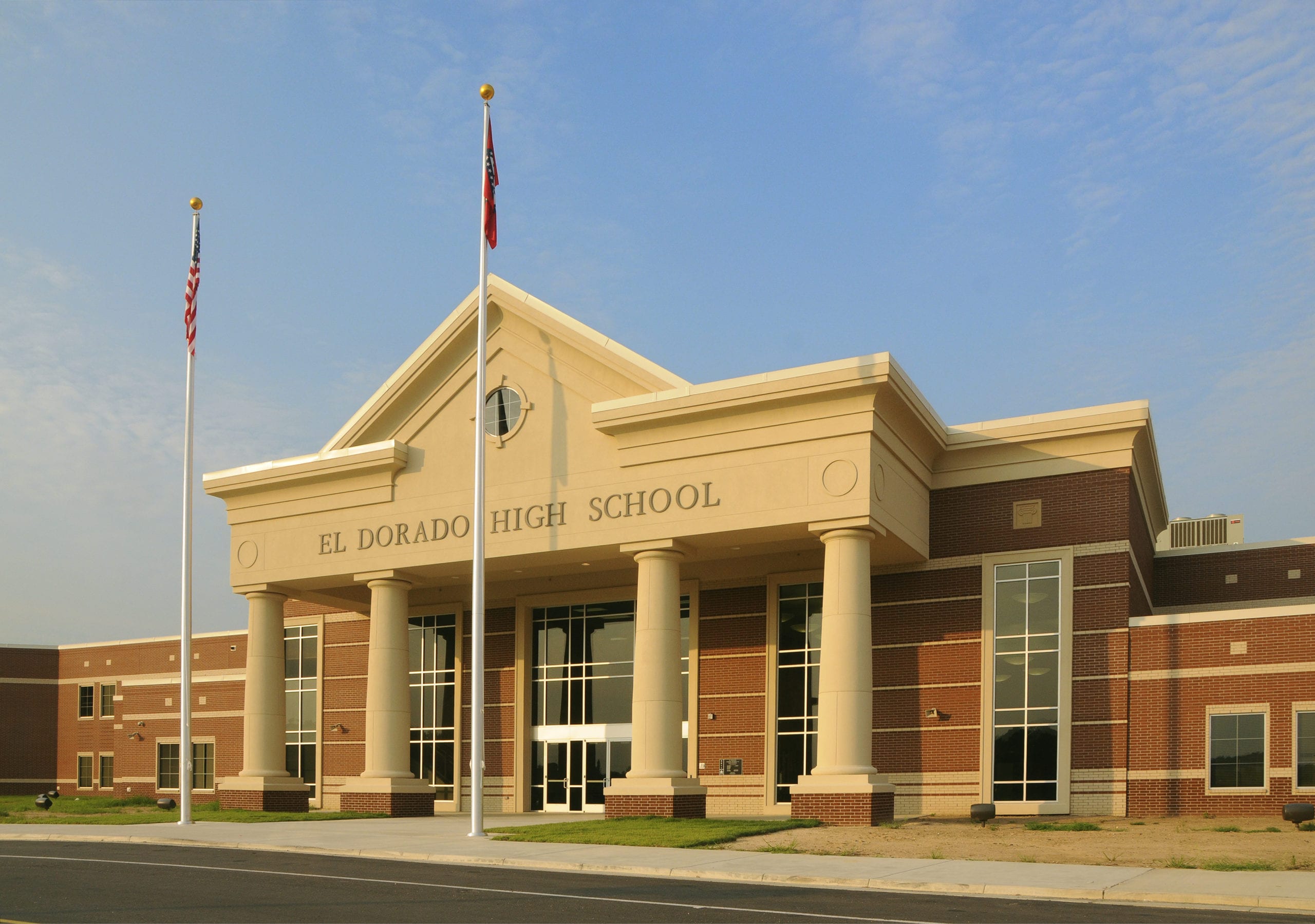 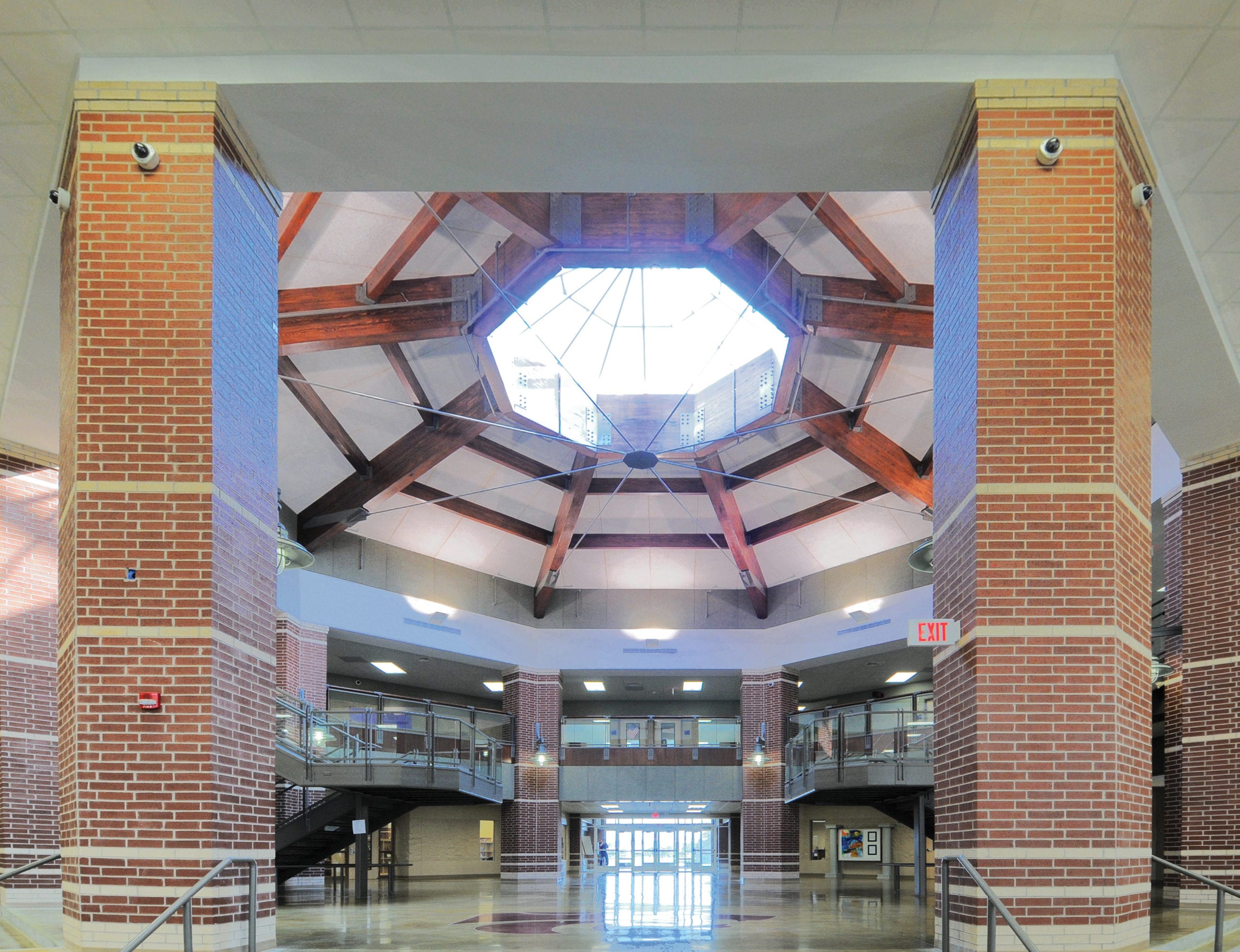 El Dorado High School was one of the first schools in Arkansas to make extensive use of wood following a change in state policy that had previously prohibited wood in school construction. 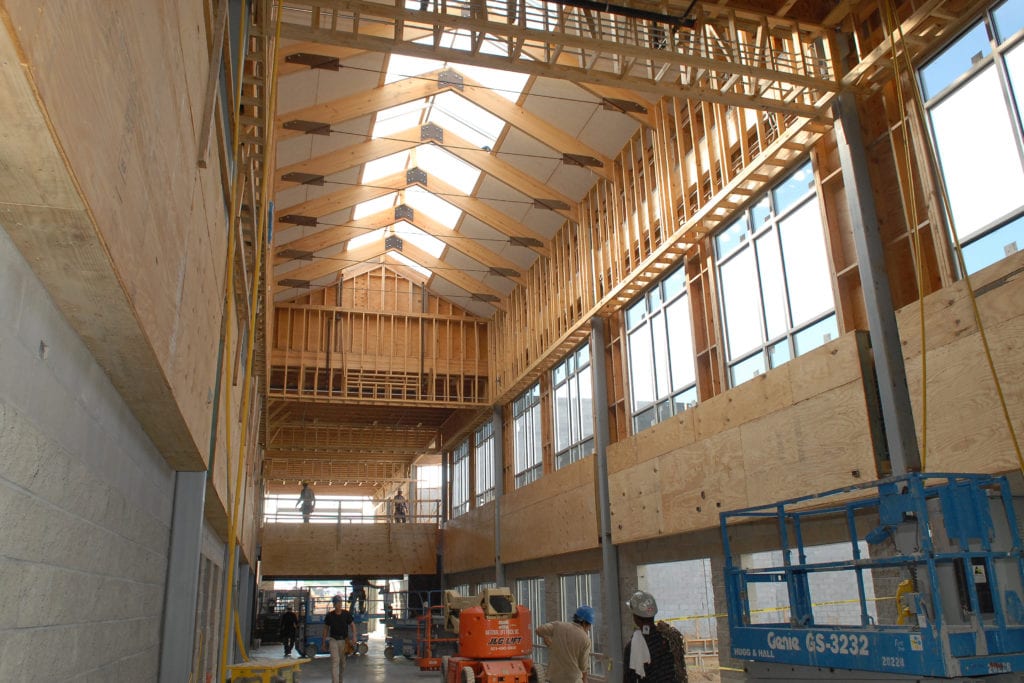 Originally, the project was designed in steel and masonry, which is common for a building of this size, but the budget was too high. So our response was to look at other framing types. That’s where we found considerable savings.

According to Dunn, the state of Arkansas would determine its funding contribution based on a maximum construction cost of $134.78 per square foot. However, the initial budget estimate was just over $60 million, which was $50 per square foot too high.

During the early pre-construction stages, CADM worked with construction managers Baldwin & Shell to evaluate various systems—structural steel, pre-cast concrete and wood versus steel framing—and ultimately made the decision to maximize the use of wood framing throughout the project. “By just changing the framing, we were able to save about $2.7 million, which was five percent of that original $60 million budget.”

Dunn said the intent was always to use exposed wood products in the building, as “an acknowledgment of where we are in Arkansas. Wood is easy to work with and has great aesthetic qualities. But really, our decision to extend the use of wood into the non-exposed areas of the building was purely based on our efforts to reduce the overall cost of the school.”

Dimension lumber is found in the school’s exterior and interior load-bearing walls, and I-joists were used for the second floor, which supports a concrete floor slab. I-joists were also used for the roof structure of the two-story building. Altogether, the project used:

521,760 square feet of plywood
632,928 board feet of dimension lumber
230,000 board feet of glued laminated (glulam) beams
134,376 lineal feet of wood I-joists
The contractor broke ground in March 2009 and the project was completed in July 2011. Final construction and site development costs (with no furniture, fixtures or equipment) totaled $43.2 million, which was right on the target of $134 per square foot.