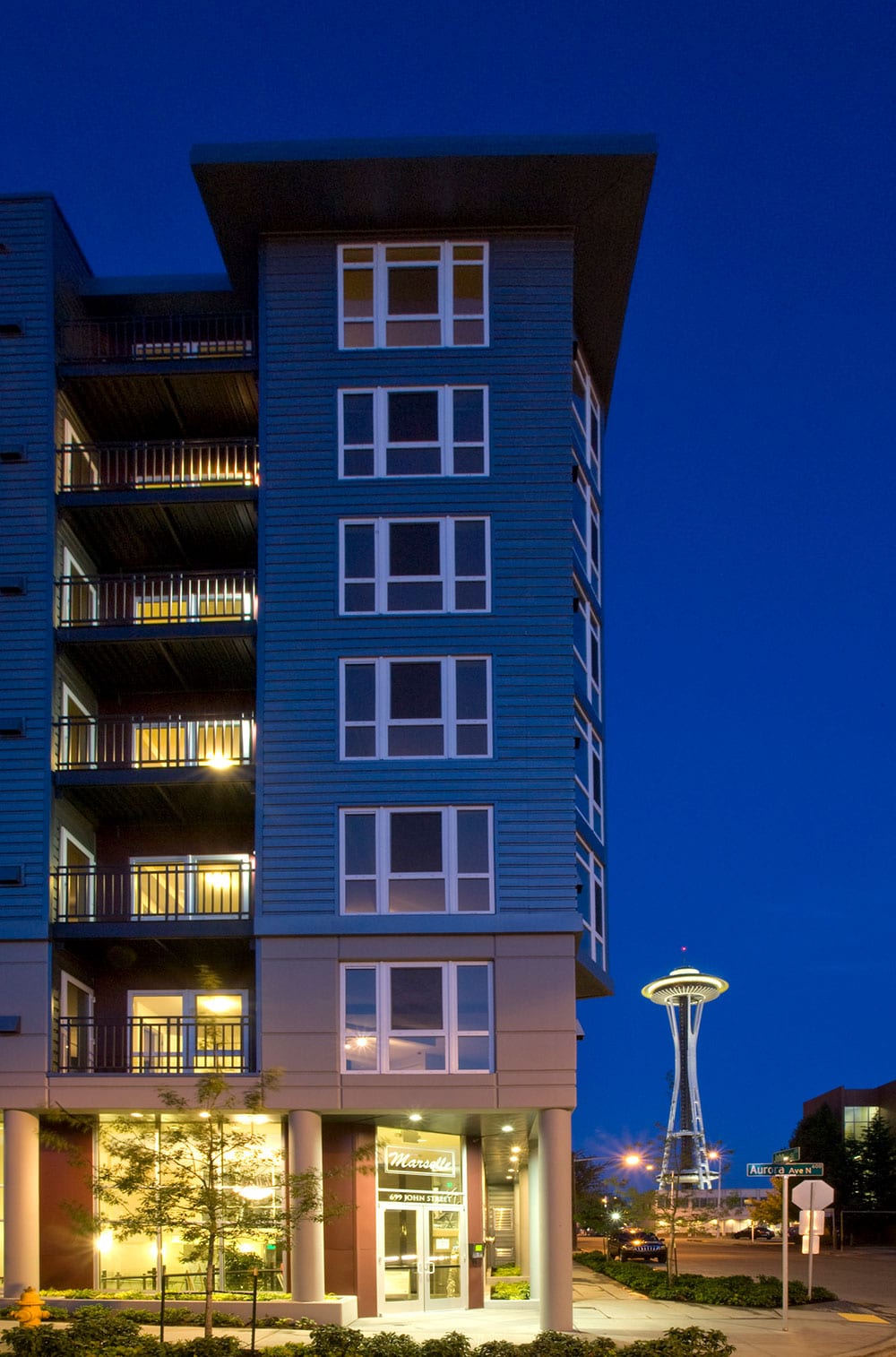 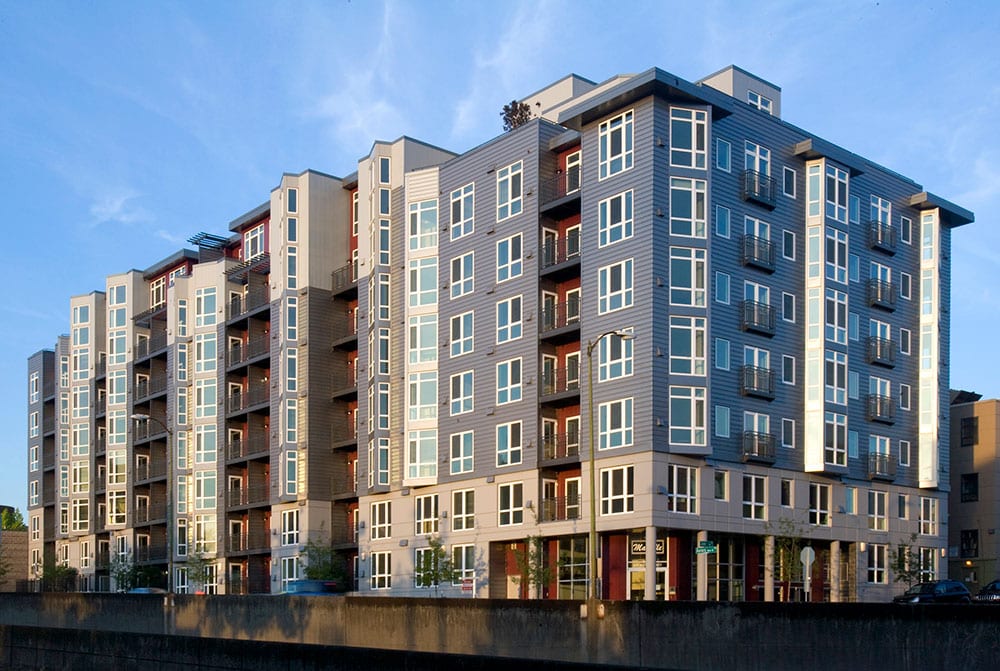 Maximizing view and value with wood

Wood-frame podium construction is nothing new, particularly for Seattle, Washington. But when developers built the Marselle Condominiums, they did something new by literally taking wood to the next level. By designing the 160,000-ft2 (14,864-m2) complex to meet Type IIIA construction requirements, they were able to build five and one-half floors of wood over a two-story concrete podium deck. Wood’s environmental attributes helped the building meet the Master Builders Association Built Green program, but the developer said cost was the primary motivator for choosing a wood-frame structure. He estimated that a concrete building would have cost about 30 per cent more and a steel building would have taken much longer to construct.

The Marselle is a hybrid concrete and wood structure consisting of five stories of wood framing plus a wood mezzanine and six stories of concrete, two of which are above ground. The combination of ‘five and one-half over two’ made Marselle the tallest modern wood-frame structure in Seattle.

From the outside, the Marselle looks like a typical 132-unit condominium structure. But on closer inspection, wood framing added value in a number of ways.

While the environmental recognition was an added benefit, the decision to use wood framing was purely a financial one, according to Kory Knudson, vice president of Norcon, NW, Inc. “If the project had been built using all concrete, for instance, it would have cost about 30 percent more. If we had built the entire project out of steel, it would have taken much longer and we would have had to make many energy modifications.”

Construction began in August 2007 and was completed in April 2009. Joe Hanley, president of Norcon, NW, Inc., said the use of wood contributed substantially to the speed with which the building was able to be constructed. “The concrete and steel hotel right behind Marselle had a similarly-sized footprint, but floor-by-floor, our framing went up much faster. They had a lot of on-site welding but by using wood, we were able to work through all types of weather.”

Marselle’s main distinction lies in the way wood framing was used to maximize the value of the finished space. Two key code requirements allowed that to happen.

The City of Seattle’s 2003 Building Code (SBC), under which the Marselle was built, was based on the 2003 International Building Code (IBC). As is the case with many cities, though, the SBC contains a number of changes adopted by the City of Seattle. One of those changes was that, under the 2003 IBC, mezzanines were limited to 33 percent of the floor area beneath. However, SBC allowed five stories of wood construction over two stories of Type I construction plus 50 percent for a mezzanine. Mezzanine levels are not considered floors.

“Once built, the top level units would have water views of Seattle’s Lake Union,” explained structural engineer Panos Trochalakis P.E., S.E., principal with YT Engineers. “For obvious reasons, the developer wanted to take advantage of that.”