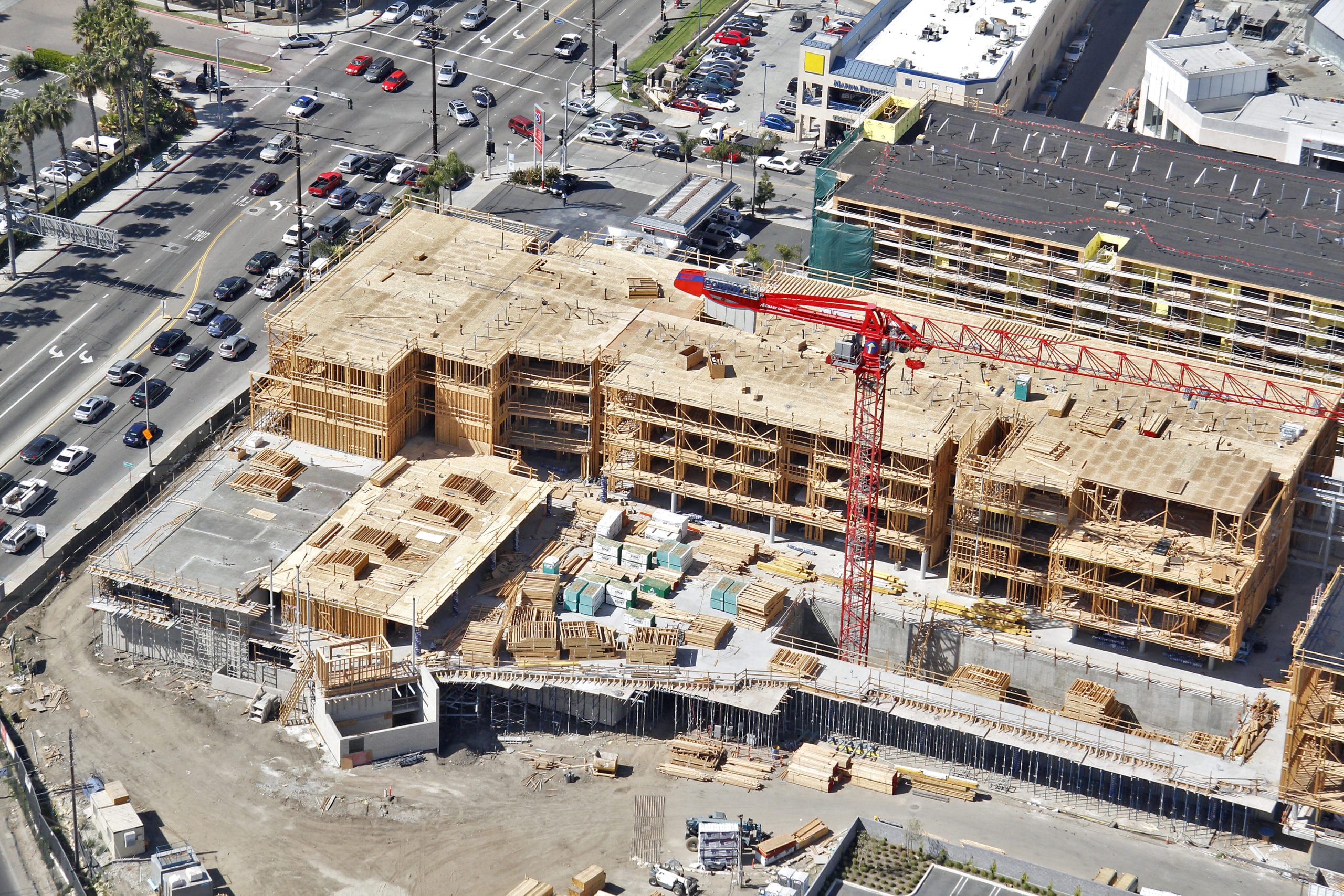 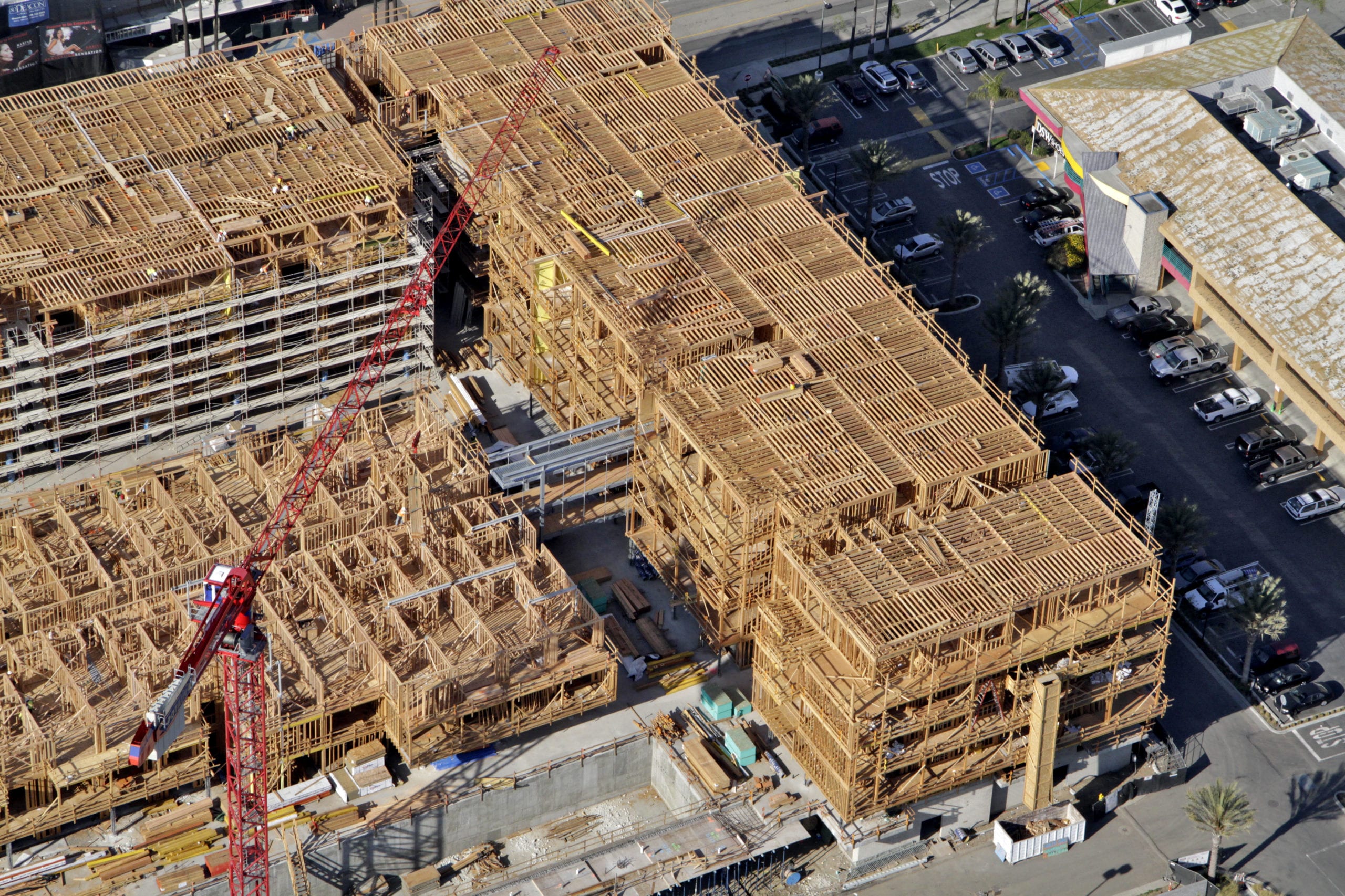 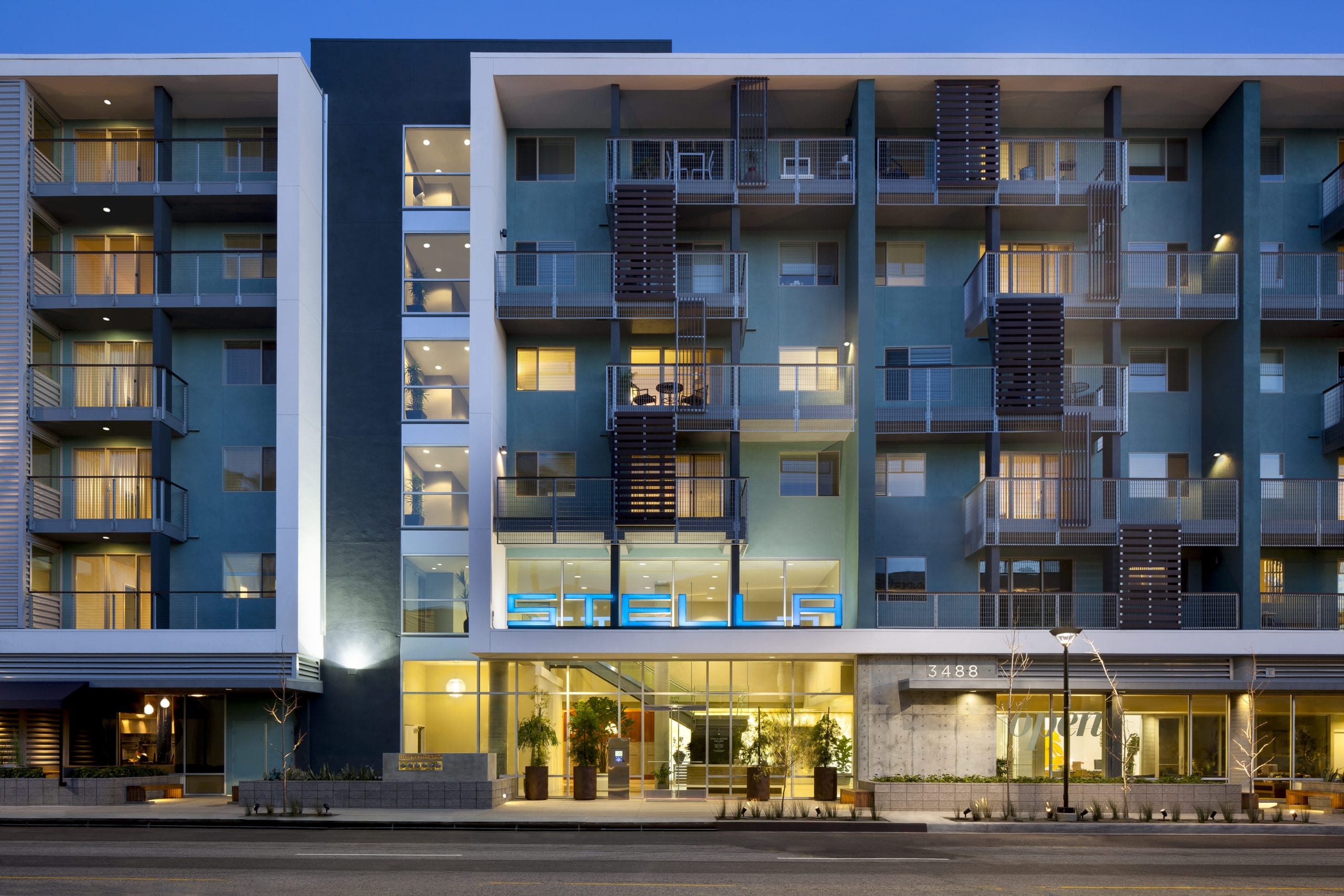 “Everyone now is doing ‘4 over 2’ or ‘5 over 2’ podiums, pushing the densities and going taller. As developers, we’re trying to maximize our height and the number of units we can get on a site. Wood allows us to do that quickly and affordably.”

Stella’s sleek, contemporary exterior gives little indication that it holds practical wood framing inside. “We did a quick cost analysis on a Type I building but found that wood was much more cost effective,” added Ditteaux. “With a 5 over 1 podium configuration on the one building, we took advantage of every inch. It was an easy decision to use wood.”

Two factors made Stella’s construction unique: the use of both Type III-A and V-A construction on one podium and the use of prefabrication to speed the building process.

Making the Most of an Urban Infill Site

The Stella story began in 2008, when GLJ Partners took over a piece of land with an existing entitlement from the height of the building boom. “The entitled project had 244 condo units, and, exemplifying the philosophy at that time, they were pretty bloated with not much open space,” said Sean Finn, project architect with DesignARC. “The original developer was basically trying to increase the saleable square footage at the expense of the community. Our task was to redesign the project within the existing entitlement, so keeping the unit count and keeping the retail square footage but reducing the footprint of the structure to make room for more amenities.”

The site was uninspired—it was two old restaurant pads bisected by a driveway to a nearby hotel, adjacent to a gas station, freeway and existing retail centers. “One of our challenges was how to create a place in the middle of this parking lot where people would want to live,” said Finn. “The previous design had two buildings, each four stories on a one-story concrete podium. We kept the project at 244 units, but reduced the unit size slightly and turned one of the buildings into a five-story structure. We then used the area allowed by the extra story to add better amenities and create more open space. In other words, we leveraged the reduction in the footprint of the private space to increase the community footprint.”