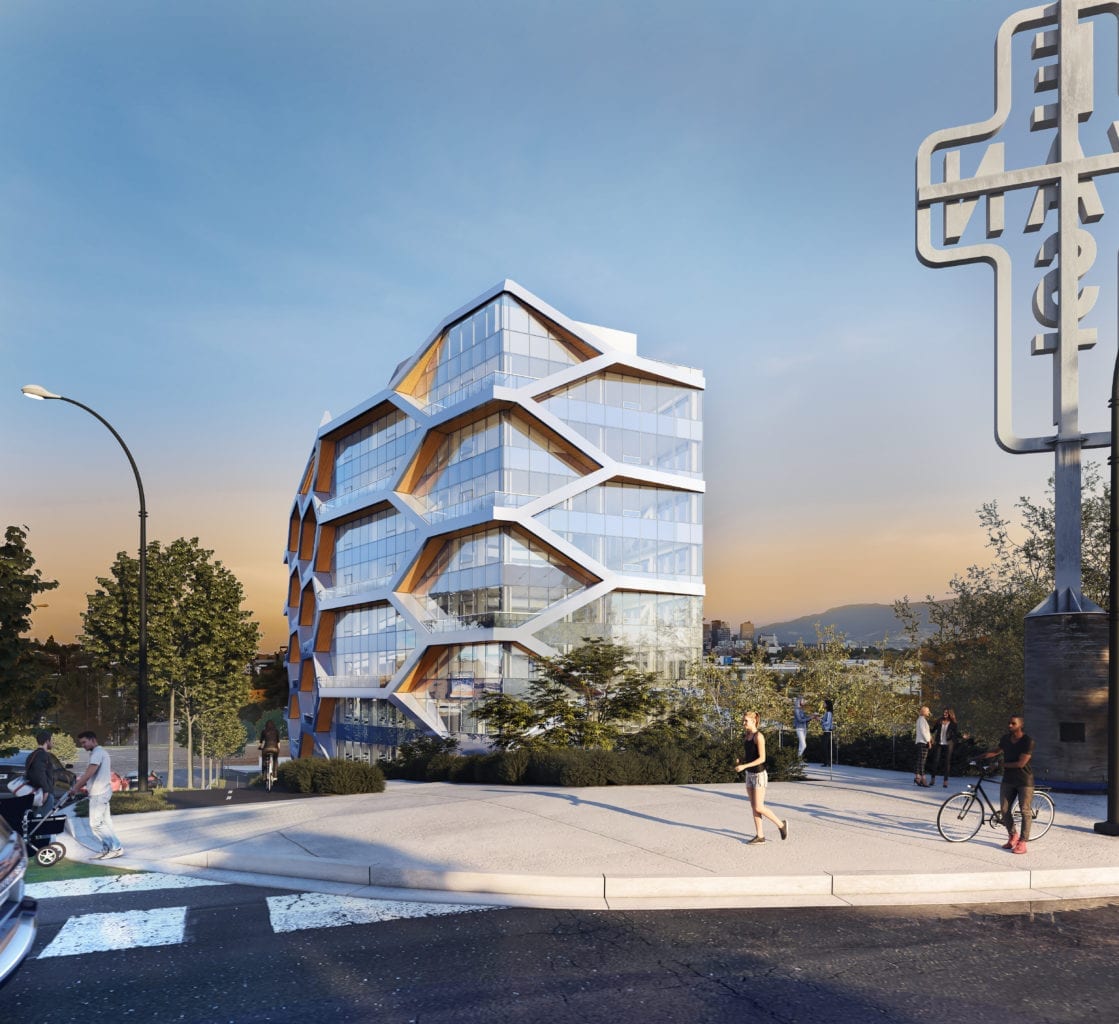 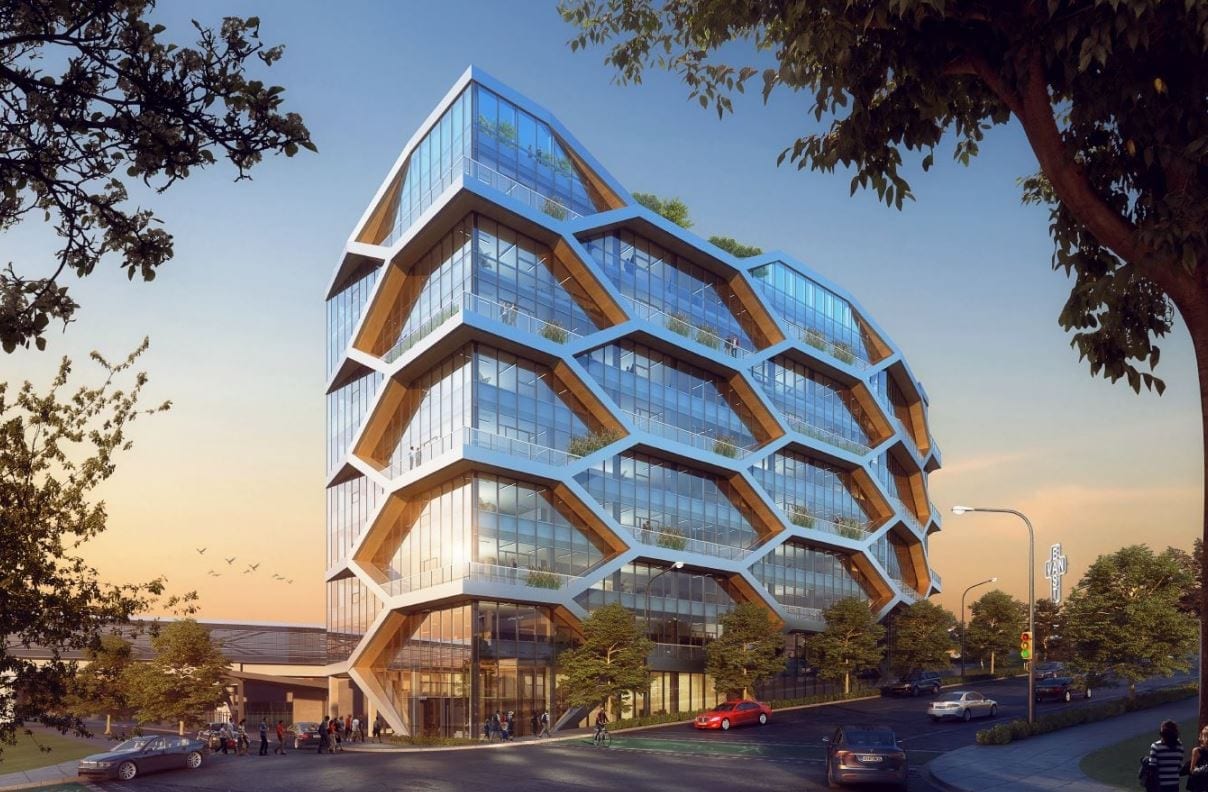 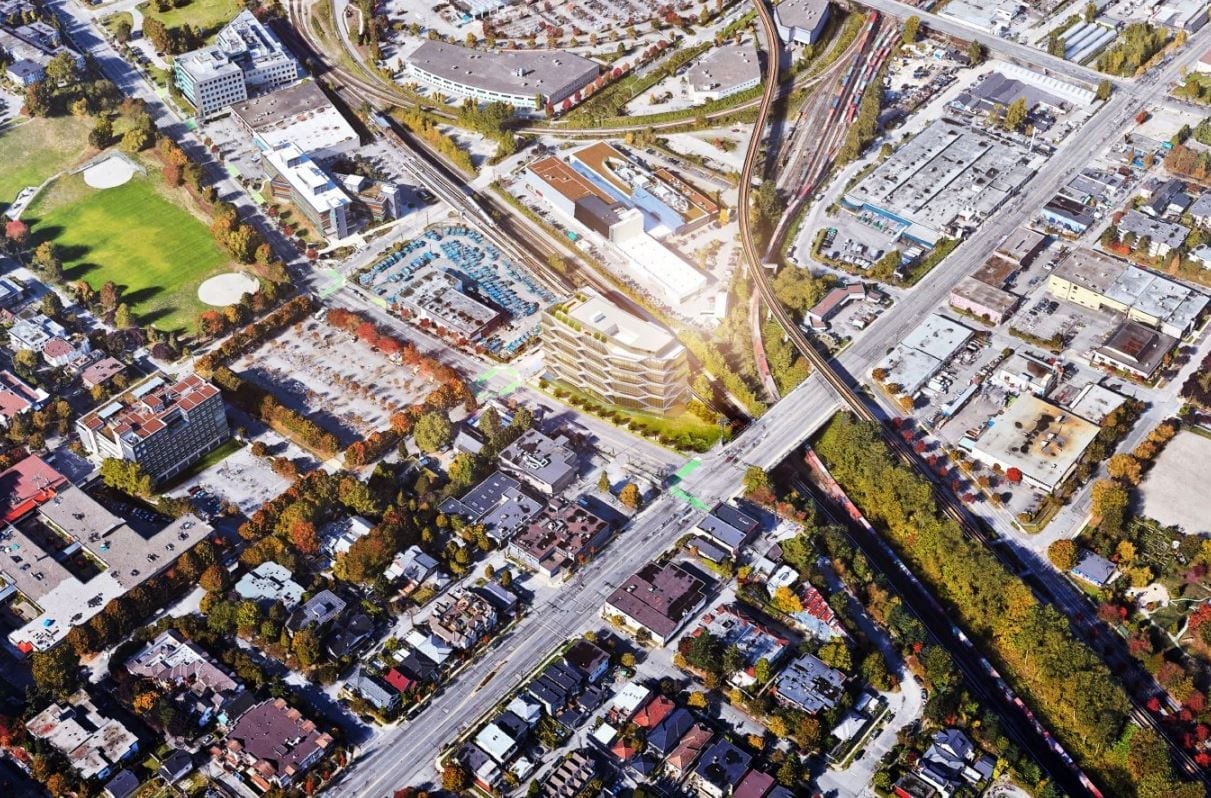 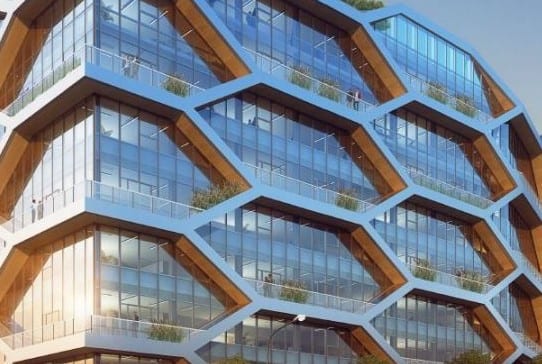 A Modern Mass Timber Office In the Making

A distinctive honeycomb design sets this 10-story mass timber office building apart, while offering the practical benefit of reducing thermal breaks through the building envelope. To be assembled as a prefabricated kit of parts and built on a concrete podium, this project will use a number of engineered wood products to achieve its design goals, including cross-laminated timber (CLT) and glue-laminated (glulam) timber.

Take a look at the 2150 Keith Drive case study.

This eco-friendly office building will be located in Vancouver’s False Creek Flats, a sustainable green enterprise zone that is just a few miles from both the city’s downtown business district and Canada’s largest port. Given an enthusiastic thumbs up by the city’s Development Permit Board, the 10-story mass timber structure built on a concrete podium will accommodate more than 500 staff members for a range of potential tenants.

Mass timber was selected as the structural system for the building because of its sustainability, aesthetic and functional qualities. The project proposes to use a variety of engineered wood products including cross-laminated timber (CLT) and glue-laminated timber (glulam). The building’s design uses a perimeter braced structural system that creates a striking expression of the building from the exterior and eliminates the need for conventional cast-in-place concrete cores. Instead, an innovative mass timber structure is proposed for all floors above level 2; a series of timber shear walls in the interior and a series of structural braces on the exterior resist the wind and seismic load that the building must withstand.

The distinctive structural seismic and lateral design of diagonal glulam buckling-restrained braces creates a cellular expression on the façade that wraps around the building and is continuous at all elevations. This design is a direct reflection of the structural system. The balconies are connected by a diagonal strut visually aligned with the timber braced frames, creating a self-supported balcony structure that does not rely on cantilevers from the primary building structure. This allows the balcony elements to be pinned back to the primary structure, reducing thermal breaks through the building envelope.

The exterior cellular structure works at multiple scales. At the neighbourhood scale, it creates a strong identity with an exoskeleton that references nature. At the street scale, the two-storey cells reduce the mass of the building and create a finer grain texture. At the human scale, the cells create a place that can be occupied and provide prospect, refuge, and protection from the elements.

Since the inception of the design, the team has stayed true to the idea of structure as finish, choosing mass timber for its sustainable benefits. By exposing the timber structure on the columns, ceilings and sheer walls, they reduce the need for interior finishes, further lessening the building’s environmental impact. Along with the biophilic benefits of exposed wood, the building’s design forms a network of balconies on the south, west, and east façades, providing shade and spaces for building occupants to enjoy the outdoors next to balcony integrated gardens. And by locating balconies between brace bays, the design provides alternating outdoor space on each floor—a unique feature for a high-rise office building. At the top of the building, the façade extends beyond the top office floor to create a windscreen and guard for an open-air roof deck with planting, urban agriculture and views to the North Shore mountains and the downtown Vancouver skyline.