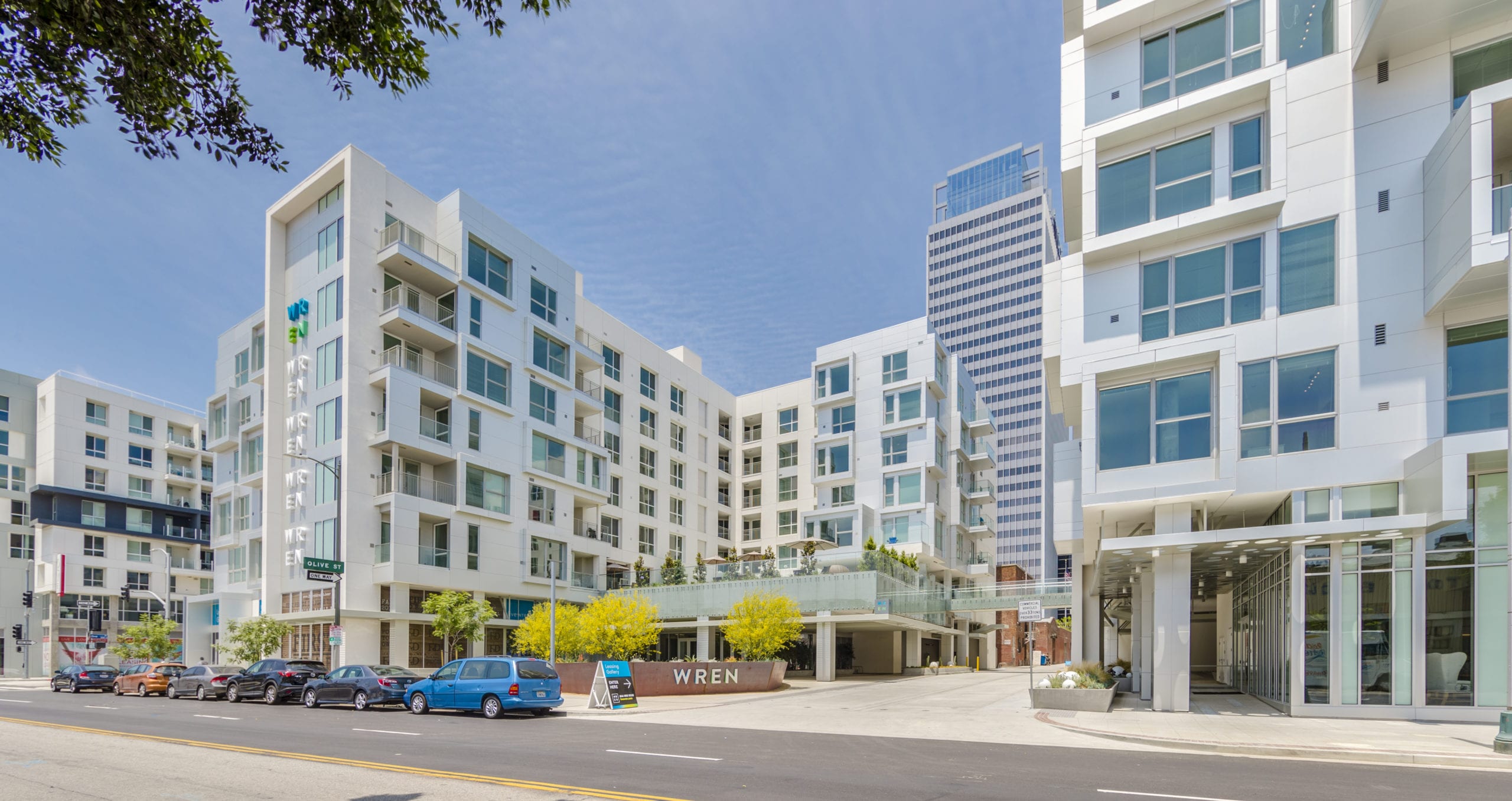 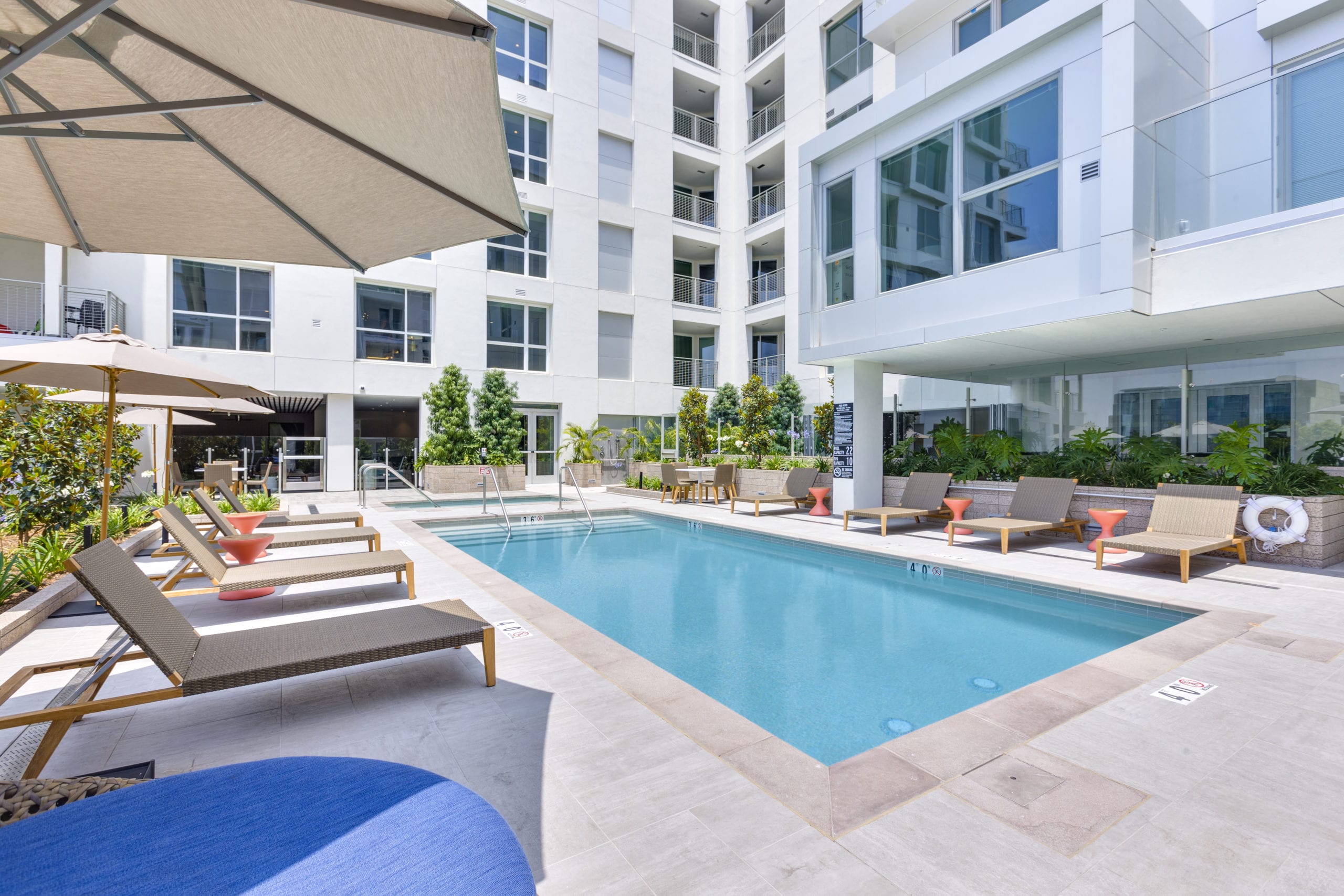 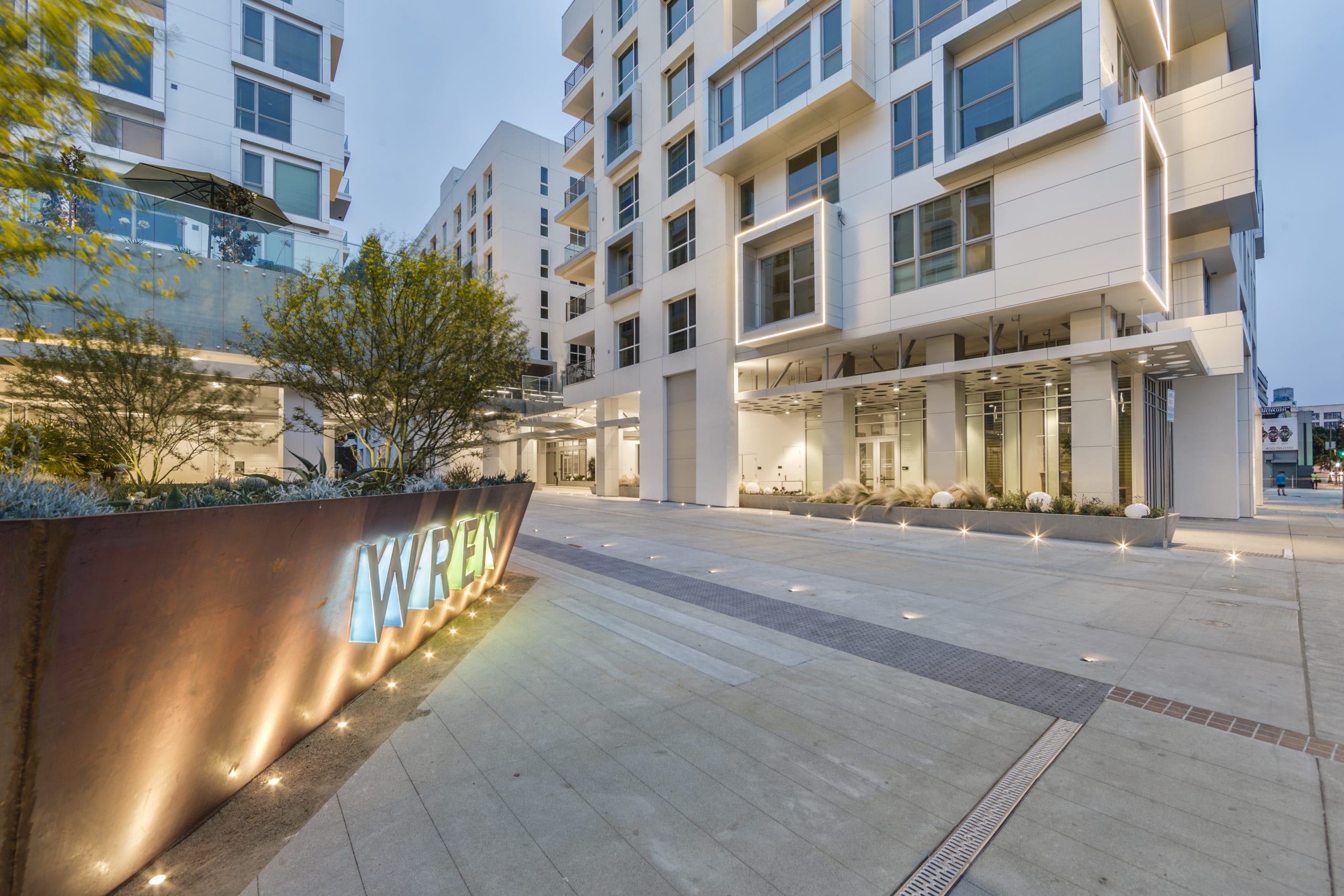 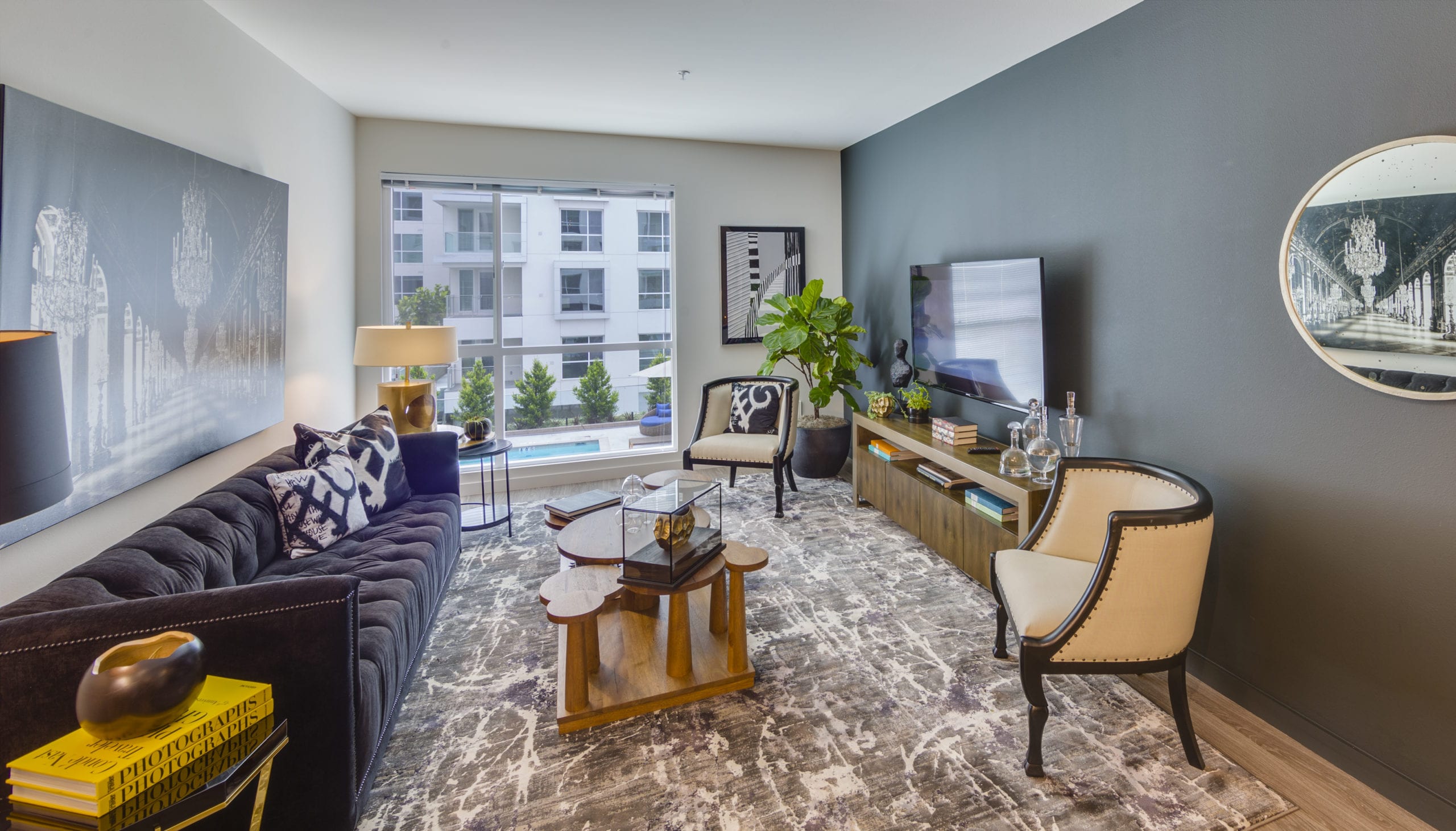 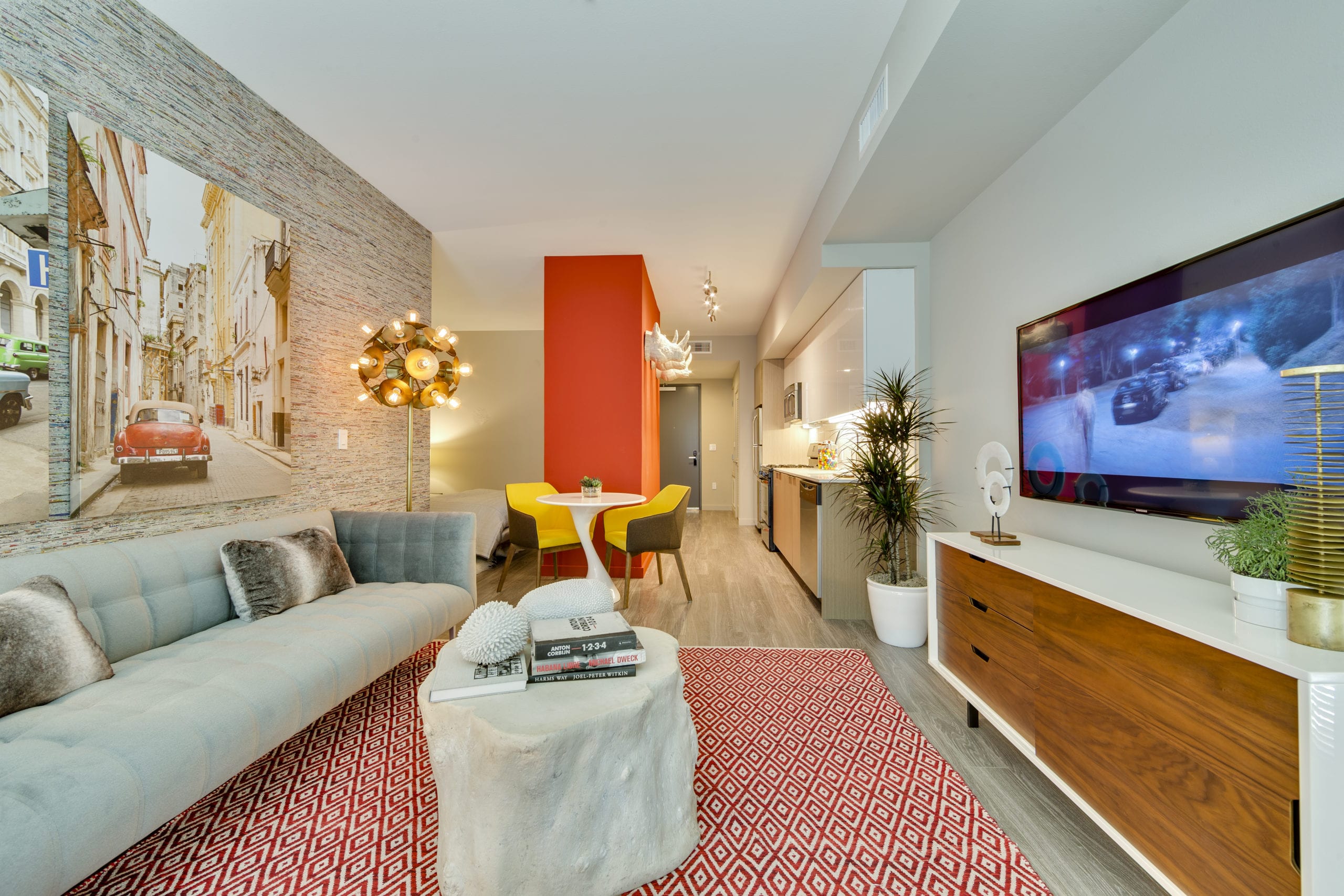 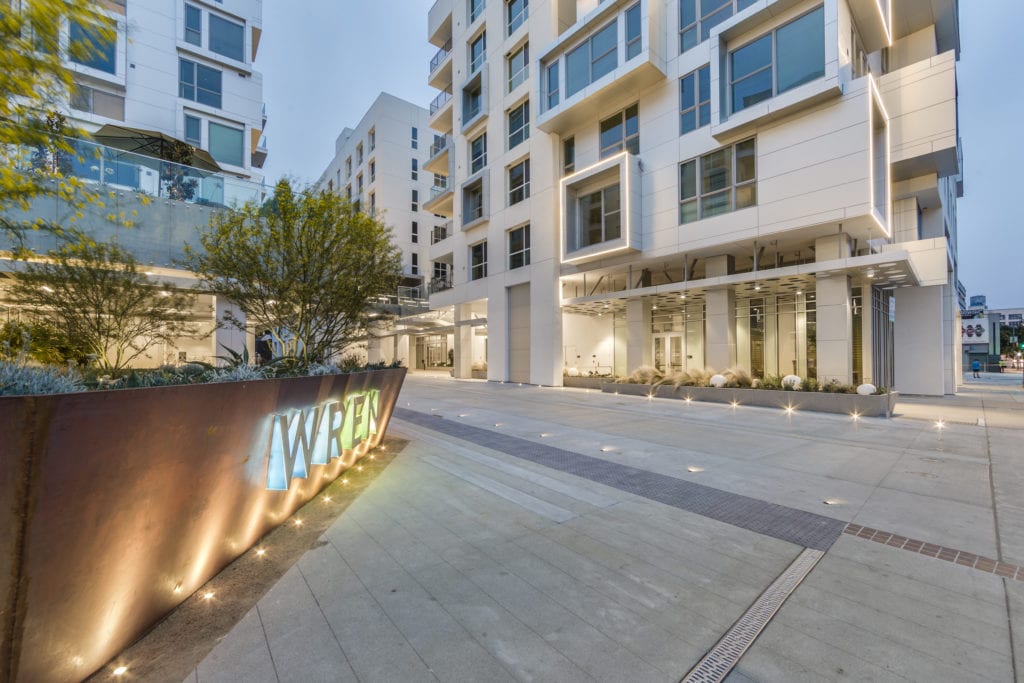 The glittering pair of seven-story buildings transform the skyline along Pico Boulevard through a series of innovations, including the city’s first Type III double-podium design. The project is earning rave reviews from the owner, tenants, city officials, and the designer community.

The TSM design team faced the challenge of making a signature design statement that met the owner’s 195 units/acre density requirement. “We had to figure out how to hit that density within an 85 foot height,” Cobo says. They accomplished it through an innovative double-podium design supporting five levels of wood-framed structure, utilizing what is now a city of Los Angeles standard code modification.